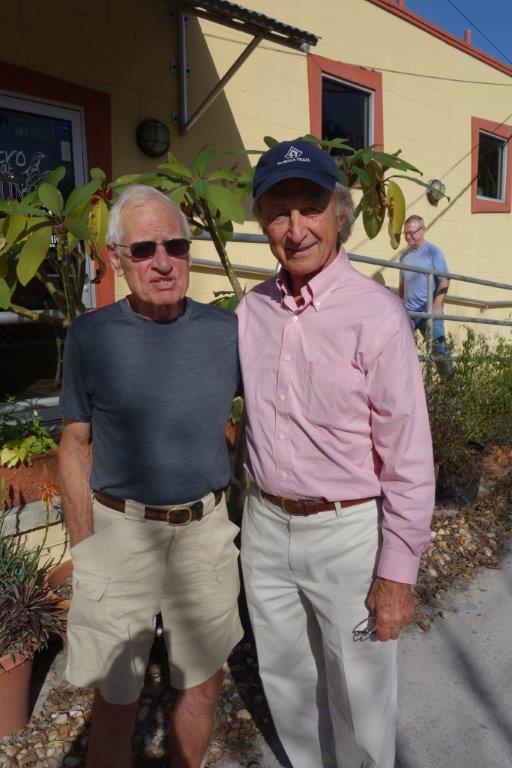 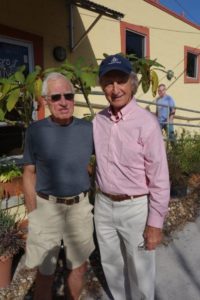 Today I lunched with another “hiker extraordinaire.”  Tristan MacDonald (on left) grew up around Cornwall, England, chased many vocations and avocations and tended to know quite a lot about a lot of things, which perhaps explains his wanderlust.

In 1979, he packed his wife, Alex, and family on a 40’ sailboat and headed south, first to the Mediterranean.  But then he got restless, weighed anchor, sailed west past Gibraltar and joined the trade winds past the Canary Islands, bound for the Lesser Antilles.  He then made his way northwest past Puerto Rico and Cuba, picked up the Gulf Stream and sailed into the St. Augustine inlet.  He never left … by sailboat … but he and Alex have traveled to go hiking just about everywhere; Chile, Argentina, Guyana, Peru, Brazil, France, Spain, New Zealand, Canada, to name most but not all.

He and Alex will fly to Durango, Colorado at the end of the week.  I am sure they will be hiking in the snow before returning mid-January.