You never know who you might meet in St. Augustine. Jim Kern first came to our little town in 1978 with the intention of creating an eco-friendly neighborhood. Instead, he sold his block of land but vowed he would eventually settle here.

As a young man, Kern’s passion for photography and exotic wildlife propelled him to travel the world, including remote areas in Borneo, Nepal, and India. However, it was Kern’s love of nature and hiking here in the States which set him on the enduring project of curating a long footpath in Florida. The passion began after a hike on the Appalachian Trail in 1961.

“After the hike in North Carolina,” says Kern, “I began to wonder if there was a long footpath in Florida. There was none, so I founded the Florida Trail.” Today this trail is a 1300-mile hiking path which he launched with an idea and some publicity.

Kern was living in South Florida in 1966 when he began to conceptualize what would become his life’s work. Captivated with the idea of blazing a trail through Florida, he decided success would be dependent upon publicity. He contacted MacGregor Smith, a friend and a reporter from the Miami Herald. They set out together on the Tamiami Trail and hiked north. Smith stayed one night and an airboat came out to pick up the notes for the Sunday edition publication. 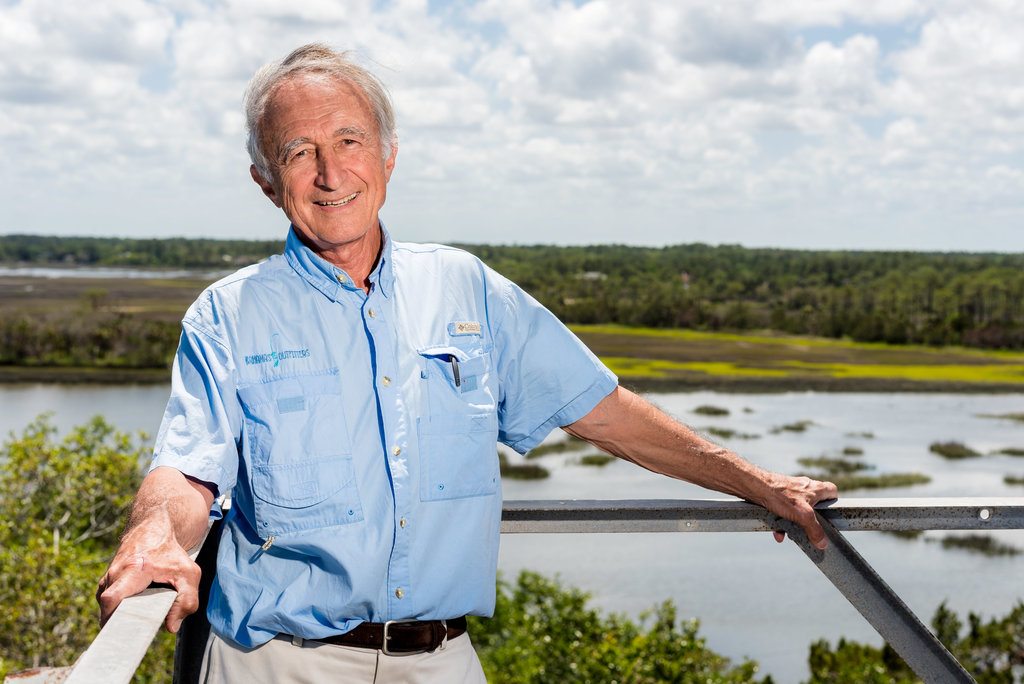 Kern traveled on for 12 days and 160 miles. Soon the phone began ringing with interested parties paying $1.00 a year for membership, and that was the inception of the Florida Trail Association. As volunteer hikers began trailblazing and mapping, the footpath became defined. It starts at the Oasis Visitor Center at Tamiami Trail and ends at Gulf Islands National Seashore in Fort Pickens.

Kern’s focus is to urge lawmakers and environmentalists to close the gaps in the trail which consist of about 300 miles of roadside hiking. Four years ago, he founded Hiking Trails for America and three years ago Friends of the Florida Trail. “The mission of these two non-profits is short and sweet,” says Kern, “I want to see the hundreds of miles of gaps closed in our nation’s hiking trails. My heart is in Florida, but all hiking trails in America are important.”

Today based in St. Augustine, you might find Kern hiking in the Guana Matanzas Estuary or down in Okeechobee. No doubt Kern has stumbled upon some incredible finds on his many hikes. “Years ago in a vast area of stunted cypress I came across an enormous Cowhorn Orchid,” he says, “one of the few times I’ve seen one in the wild as it is rare and often poached.” If you get the opportunity to explore the Florida Trail, give a silent thank you to Jim Kern.