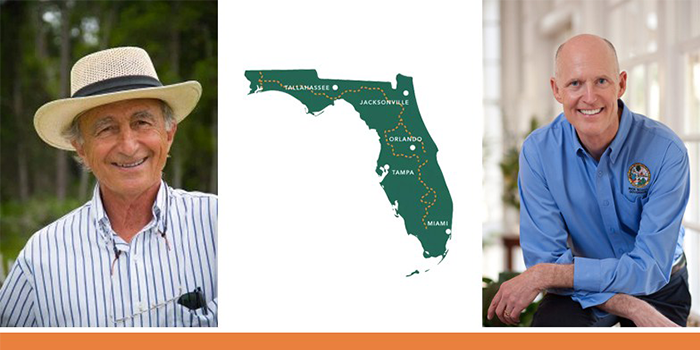 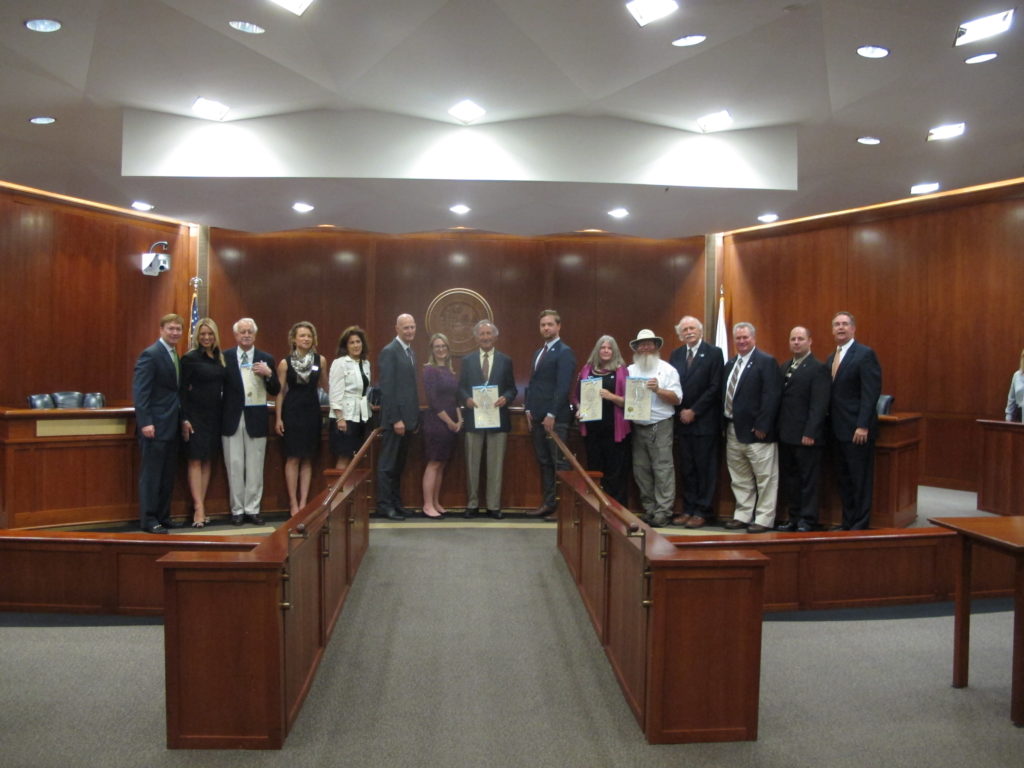 In accepting the resolution, Jim Kern emphasized the importance of volunteers in the construction and maintenance of the one thousand trail-miles already built. Kern added that acquiring the rest of the right-of-way is beyond the capabilities of volunteer hikers alone. He acknowledged that the State of Florida and its citizens, as well, need to recognize the enormous recreational asset the trail represents and see that the task is completed so the trail can be secure from end-to-end for generations to come. The trail, when completed, will extend from the Big Cypress National Preserve to Gulf Islands National Seashore, a final distance of 1300 miles.

The Surgeon General has urged the nation to get out and walk. Hiking is the best kind of walking. It’s an inexpensive pastime, and it’s open to all ages. Grandma Gatewood made that fact well known as she hiked the Appalachian Trail into her 90s. Jim Kern said in his talk that he took his twins on an overnight hike when they were five. Everyone should enjoy the marvelously diverse scenery Florida has to offer. Particularly in the winter, the Florida Trail becomes the only footpath in the nation free of snow.